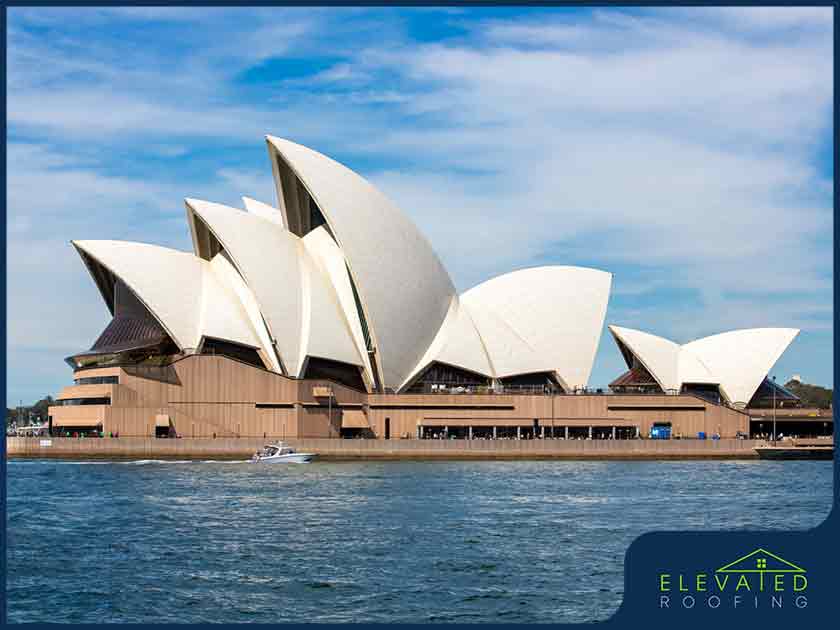 The Most Famous Roofs Around the World

Our roofing system is one of the most important parts of our home. After all, this is why homeowners and building owners rely on residential and commercial roofing companies for their services to ensure their maximum performance. Keeping them properly maintained ensures that our roofs perform their purpose time and time again, regardless of the weather conditions. They also ensure that everyone inside is comfortable while enhancing the structure’s energy efficiency and aesthetic appeal.

While most homeowners are mainly concerned with a roof’s performance, dependability, and durability, there are some roofs out there in the world that have pushed the envelope when it comes to the design, size, and technology that has been implemented in it. As such, these roofs have become popular due to how they look, perform, and have contributed to the culture and history of their society. Sometimes, it’s come to the point that it has become an important piece of architecture that has gone down in the annals of history.

In today’s post, the top residential roofing contractors, Elevated Roofing, shares some of the most famous roofs you can find around the world.

When you think of Sydney, you’re probably thinking of a white structure akin to that of crustacean shells that are close together. This unique structure is known across the world due to its curved panels that are made of precast concrete panels, with a rib-shaped supporting structure  covered with Swedish tiles. What’s impressive about the shell design is that it’s made of over a million individual tiles.

This results in a clean and sleek appearance. In fact, the Sydney Opera house took 14 years to build and complete due to its meticulous construction details and cost around 102 million Australian dollars to complete. Its construction is also a breakthrough for the industry since it was one of the first cases where computer analysis was used to build it. The thorough analysis ensured that the structure was in optimal form without compromising its integrity. As a result, they’ve created one of the most iconic structures in the world due to its sphere-like illusion which is the first of its kind.

Residential roofing companies who recommend designs for classic and rustic homes sometimes take inspiration from the beautiful Taj Mahal Palace in India. The Taj Mahal is an astonishing complex of five major structures that surrounds the center which is actually a mausoleum that houses the graves of Shah Jahan and Mumtaz Mahal. The entire complex took around 22 years to build and was completed in 1653 as a memorial for Emperor Shah Jahan’s deceased wife.

The most notable part of the Taj Mahal is the main tomb that has a distinct, domed roof that is made up of numerous types of white marble. The marble bricks have been sourced from multiple locations such as China, Tibet, Arabia, and Afghanistan. There are around 28 different varieties of semi-precious and precious gems used to spruce up the inlays. Since logistics and transportation were totally different in the 1600s, over a thousand elephants were used to transport the construction materials.

While the domed roof may not be a theme that is commonly used by residential or commercial roofing companies, the design themes and architectural style used by the Taj Mahal continues to inspire numerous homeowners and building owners to incorporate it into their structure in their own way.

One of the most recent structures that have been built is the Fukuoka Prefectural International Hall. The building is known for its eco-friendly initiatives in mind when it was built. This magnificent structure was erected in the middle of a bustling, high-tech city. The building is a mix of commercial and open green space that features over 15 terraced steps that you can stroll through with ease.

It also features beautiful walking paths, blooming gardens, and reflection pools. In fact, this prefectural hall can be easily seen as you’re strolling around the streets of the Chuo ward since it’s the only building you’ll ever see with greeneries that appear like it’s protruding through it. You can draw inspiration from this building and tell your residential roofing contractors that you want your home to be more eco-friendly or have more space for your plants and greeneries.

As you can guess from the name itself, this building was meant to be used for the 1972 Summer Olympic Games to be held in Munich. What’s unique about this structure is that the roof built on top of it isn’t made of solid materials. Instead, “skinned”, lightweight materials are used to allow natural light in for the athletes to utilize. Another special thing about this structure is that you can actually walk on top of it which is an attraction that is still used to this day. Enjoy the breathtaking views of Munich as you stroll on top of this wondrous structure!

The St. Peter’s Basilica is a must-go place for everyone visiting the Vatican. It’s one of the most famous churches in the world and is touted to be one of the largest and the holiest places for Catholic worshippers. One of the most recognizable features of this church is the central dome which can be seen from the skyline. Aside from its design, it’s actually one of the largest domes you can find in the whole world. The impact of the St. Peter’s Basilica is felt in the roofing industry due to its Renaissance style of architecture which is still used in numerous homes today.

If you’re looking for one of the top residential roofing companies, trust in Elevated Roofing LLC! We’re a licensed, insured, and bonded roofing contractor that specializes in residential and commercial roofing installation and repair services. Let’s work together to make your dream home come true!Give us a call at (205) 537-9754 or fill out our contact form to request a free consultation with one of our specialists.

Posted on November 30th, 2020 by Elevated Roofing
The Most Famous Roofs Around the World